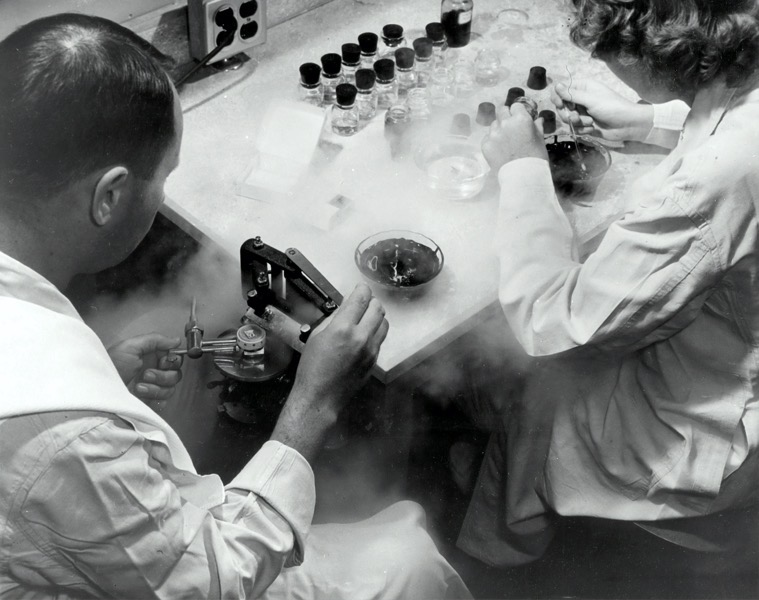 In June nodenogg.in was first tested within a design studio setting specifically with a group of final year BA (Hons) Games Design & Art students. The basic parts of the system where in place with the realtime sync between Vuex, PouchDB and CouchDB working as I had planned.

The main workflow is to enter an instance, there was a pre-made instance1 for this testing session. To join and contribute to this instance the students had to specify a device name, this can be any name you like, students used this as a chance to create fun names and to some degree instantly make their contributions anonymous. 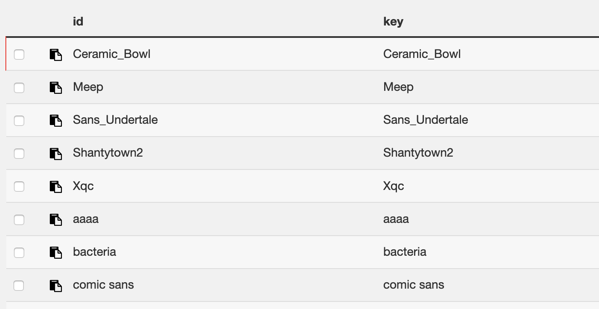 In previous work using Etherpad2to do a simular process, I had found students really liked the ability to contribute with pseudo-names, they felt freer to comment and less conscious on being ‘judged’ on their contributions.

So students visited the alpha URL, typed in a “device name” and where asked to basically comment on concerns they had around there the final week. At this stage the only view of the realtime data was a single column text view updating as people typed. Most students didn’t create new notes for each idea they created longer notes and made there own bullet lists or spacing, which was interesting to see, there was no formatting options avalible to them either. 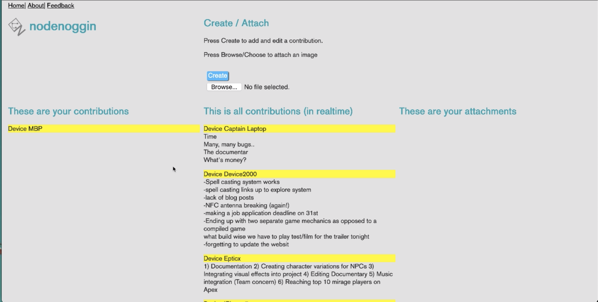 I had my Macbook plugged into the presentation screen as well. Students looked at there device for typing and tended to refer to my screen to see all the data appearing live. This suggests a present view could be really useful.

As students saw people typing up concerns the pace of contributions speed up as everyone become more confident, there was also moments of realisation as students released everyone in the room, teams or not had the same types of concerns and the feedback was this made them feel much more confident heading towards hand in and less “bad” about where they where at with the project. I was able to unpack some of the comments with the group aswell.