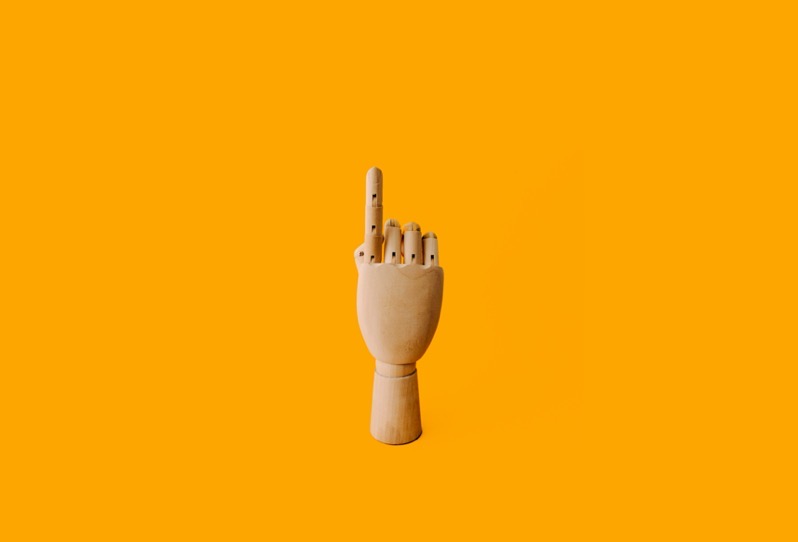 After using nodenogg.in with the final year students a number of times with a reasonable success. I realised that the session I had planned with our first year students was a week before their very first presentations and that it could be another way to test my hypotheses from the very first test that nodenogg.in could be used to calm the nerves of students as deadlines approach. By making the students anonymously come to the realisation that everyone felt very similar and had the same types of concerns. For this session I also removed the list view from within nodenogg.in and presented just the spatial view on its own, and removed the ability to see device names increasing the level of anonymous interactions.

We posed a question to respond to inside nodenogg.in. What are you worried or concerned about for Friday’s Presentation? As the students started to add comments you could feel the tension lowering in the room as it dawned on them that they all had similar issues, the fact it was anonymous was also again popular. One student also without prompting started to organise and cluster the nodes together spatially as similar thoughts appeared, this may have been prompted by me suggesting this, I am not sure, however interestingly as one student had taken the lead on this task and others didn’t mess around with this student being the designated organiser, although we didn’t know who it was until I was walking around the room looking at students use the platform. I tried to elicit feedback afterwards on discourse but that didn’t work! I will allow time for this feedback to be gathered in the future.

Again I had my mac plugged into the main screen projecting the activity in nodenogg.in, which reminded me of a view mode toggle that would be good as a present mode. 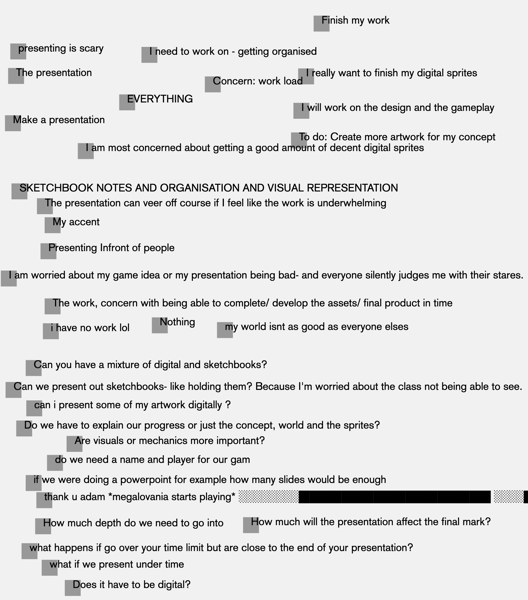 As staff we then talked through the concerns on screen and this made the session really useful for collective reflection and pause with an impending deadline.